How should Christians respond? 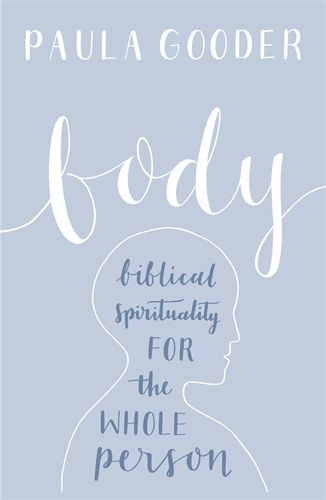 Paula Gooder’s book from 2016, Body, is a timely attempt to answer that question, focusing on the writings of Paul. It is something of a sequel to her 2011 book, Heaven, which emphasised the importance of the resurrection of the body (p. 7). What are the implications for how we live in our bodies now?

The body is generally not seen as being important for spirituality. After all, ‘if we feel that we are ultimately going to leave our body behind when we go to be with God, it is easy to feel ambivalence towards it’ (p. 5). In fact, Paul is often seen as being part of the problem, with the negative things he says about the ‘flesh’. A closer look is in order.

Chapter 1 is about the body and the soul in philosophy. Interestingly, for Plato and other Greek philosophers, the soul was not seen as spiritual or immaterial; it was just made of ‘a different kind of “stuff” from that which made up the body’ (p. 21). Plato linked the soul with reason, and this was taken on by Descartes, who argued ‘that the mind and the soul are interchangeable’ (p. 23). For many people, the soul is ‘the “me-ness” of me’, and is ‘that which survives beyond death’ (p. 27). What would Paul say?

Chapter 2 explains that, for Paul and other biblical writers, the Greek word behind ‘soul’, psuchē, and the Hebrew word they might have had in mind, nephesh, refer to the ‘life force – the vitality and essence of a person – but at no point is there any implication that this life force can exist without a body’ (p. 36). In other words, ‘Our “soul” is the entirety of who we are, including our body’ (p. 41).

Chapter 3 raises the question, ‘that if the Hebrew concept of nephesh (and hence Paul’s use of psuchē) refers to life or life force and is embodied, how can a soul survive after death?’ (p. 43). This chapter really makes the question sharper, by emphasising the hope of bodily resurrection (with reference to 1 Corinthians 15).

There does seem to be a bit of confusion here. My body will be transformed in the resurrection, and in that sense it will not be ‘the same’ as it is now. But that doesn’t mean it won’t be ‘the same body’ (p. 49). My body has changed over the years, but it is still ‘the same body’. Gooder seems to have in mind us being given a replacement body – a view that is not helped (in my opinion) by the language of continuity and discontinuity (e.g., pp. 52-53), which leads to there being no problem at all with cremation (p. 49), and which, if you think about it, makes the empty tomb somewhat unnecessary. (For the record, I think that burial is a very appropriate sign of hope in the resurrection of the body, but I don’t think God will have a problem raising someone to new life if their body has been cremated.) Having said that, I don’t think this is a major issue in terms of the argument of the book as a whole.

Paul’s meaning here is so subtle that no one word can capture it. My best try is ‘It is sown a body that lives and raised a body fully and vibrantly alive’ (p. 63).

This brings us to the ‘flesh’. Where Paul does speak negatively about the body, he uses the word sarx (‘flesh’). This ‘denotes the whole experience of life in the old creation; an experience marked by weakness, corruption and ultimately by death’ (p. 66). We shouldn’t expect these ‘flesh and blood’ bodies to satisfy us ultimately. This has implications for ageing:

Rather than spending our time, our money and our emotional energy on Canute-like attempts to hold back the tide of ageing, we are called to befriend our ageing bodies and place our reliance on that which brings true life, well-being and happiness – a life lived in the Spirit (p. 67).

Chapter 5 takes this ‘spiritual’ resurrection body, and explores what this means for our understanding of spirituality.

For Paul, spirituality comes from God and is the meeting, filling, entwining and interaction that takes place when God’s Spirit touches our own (p. 74).

For Plato, the mind is ‘the highest part of the soul and the means by which one could commune with the divine’ (p. 80). But, for Paul, this is the spirit. Quoting James D. G. Dunn,

If it brings life from God, it is Spiritual. Our very bodies can be Spiritual (p. 86).

Chapter 6 returns to an issue raised in Chapter 1 and Chapter 3: the question of ‘what part of “me” makes the transition to a resurrected body’ (p. 89). Gooder doesn’t discuss bodily continuity (see above), but even if there is physical continuity in some cases, this can’t be the whole answer, because a dead body quickly decays to such an extent that it can’t simply be resuscitated. So where might we find the point of continuity? Paul speaks of his desire to ‘depart and be with Christ’ (Philippians 1:23) and says that not even death can separate us from God’s love (Romans 8:38-39). So he does seem to think that something survives death. But Paul doesn’t give this something a name, and it doesn’t feature prominently in his thinking. The ‘real me’ is to be found in the entirety of my being (body included), not just in that which remains once all the layers have been stripped away (pp. 95-96, 102).

Chapter 7 begins to draw together Paul’s positive teaching on the body. For example, commenting on Romans 12:1-2:

The best, rational, sensible response in worship to God is to give him our bodies exactly as they are and he will accept them as holy and be pleased with the gift. It is hard to imagine a more positive statement about bodies than this (p. 105).

Attention then moves to 1 Corinthians, which is described as ‘a fugue on the body’ (p. 107), with teaching about the ‘body’ throughout the letter, covering multiple meanings of the term:

my body, Christ’s actual physical body, Christ’s body in the Last Supper, and the community of the body of Christ are deeply, profoundly and thoroughly interlinked (p. 111).

Chapter 8 picks up on the theme of the church as ‘the body of Christ’. Paul’s teaching on the Lord’s Supper emphases the importance of ‘discerning the body’ (1 Corinthians 11:29). This ‘does, of course, mean being aware of the presence of Christ in our midst but it also means discerning others who belong to the body’ (p. 121).

Just as [Paul’s] vision of our individual bodies was that they would become a profoundly integrated whole, so also this was his vision for the community of Christ (p. 121).

And what is it that gives life to this body? The Holy Spirit.

The final paragraph of the book is worth quoting in full:

I yearn for the day when conversation about bodies and theology becomes commonplace. When in our Christian communities we are so used to celebrating our glorious, saggy, ageing, but soon to be transformed, bodies that we all model a confident, true beauty. A beauty that is found in integrity of relationships; in a deep integration of who we are as individuals and as a community; a beauty that does not fear age and can look suffering in the face with courage. A beauty that finds its roots in the compassion of God and shines glory into the darkest crevices of our world. A beauty that is Christ shaped and marked by faith, hope and, most of all, love (pp. 131-132).