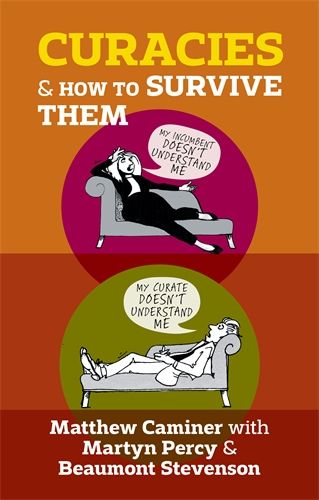 I’ve spent this morning reading Curacies and How to Survive Them, by Matthew Caminer with Martyn Percy & Beaumont Stevenson (courtesy of the Clergy Support Trust, who give ordinands and curates free access to their library of SPCK and IVP eBooks).

The three authors are: a retired management consultant and clergy husband (Caminer), the former Principal of a theological college (Percy), and an ordained psychotherapist (Stevenson). Each chapter begins with a semi-fictional story about a Church of England curate, which then forms the basis for a conversation between the authors. As such, the book is readable and stimulating. It was written in 2015, so it is still reasonably up to date, but things have moved on (improved, even) since then.

(A quick note of caution. The three authors are all male, and of the eight semi-fictional stories, six feature a male curate, including the first five. I was quite surprised to realise this.)

Here are the chapter headings, with a brief summary…

1. The nightmare curate. There is such a thing! How come?

2. Yes, because it’s policy. Rigid expectations (from both sides).

3. Same old, same old. An uneventful curacy may be a failure. Curates need to experience ‘professional adolescence’. (This makes a lot of sense, though it’s worth saying that it should be possible to go through this ‘adolescence’ in a ‘grown-up’ way.)

4. One of the gang. Or not! Adapting to being set apart from the congregation, and the loneliness that comes with that. Boundaries.

5. I know it’s your day off, but… Managing conflicting demands, to church and to family (‘the life of a married priest is a life of bigamy’), and recognising bullying (from the congregation) when it happens. Boundaries, again.

6. The workplace bully. Training incumbents can act as bullies, however well it is disguised. (This is rare, thankfully.) Setting boundaries, again, and learning how to respond.

8. Day 200: still at sea. Sometimes a curate may end up without a training incumbent. This ‘may not necessarily be a disaster’. It is important to have a support network.