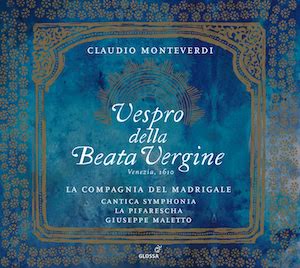 In anticipation of singing in the Monteverdi Vespers in October with the Durham Singers and I Fagiolini, I’ve been searching for the best recording. I think I’ve found it, in the 2017 release by La Compagnia Del Madrigale, directed by Giuseppe Maletto.

Apart from the sheer beauty of the singing and playing – with the added freshness of not coming from northern Europe – the main interpretative factors that decided it for me were:

The recording is available on Spotify and on Amazon, and here is a ‘behind the scenes’ video: