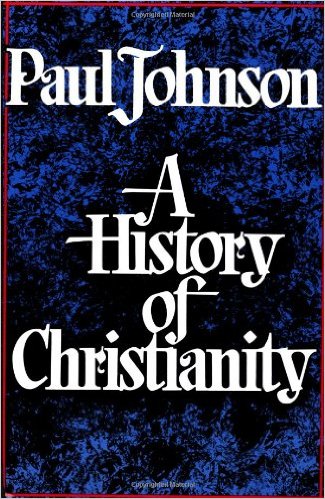 The task of the historian is not to record the past, but to make sense of it. And that is exactly what Catholic writer Paul Johnson attempts to do in his impressive 1976 book, A History of Christianity.

The book begins in ad 49, with the Jerusalem Council, which secured Christianity’s universalist aspirations. The rest of the book explores the outworking of these ambitions, with two ‘types’ (p. 47) appearing throughout:

On the one hand, there is the pessimistic type of Christianity. This is seen most clearly in Augustine’s vision for a total Christian society, and is associated with narrow doctrinal definition, coercion, compulsion, the papacy, clericalism, political power, the Middle Ages, and with Protestants such as Luther and Calvin.

On the other hand, there is the optimistic type of Christianity. This is seen most clearly in Erasmus’s humanism, and is associated with flexibility on minor doctrinal questions, private, voluntary religion, tolerance, the Classical world, Jesus, Paul and Pelagius, and with more irenic Protestants such as Bucer and Melanchthon.

What are we to make of this?

It is not hard to tell that Johnson prefers the second ‘type’. And it is difficult to read the book without finding oneself largely in agreement, even if things might not be quite as simple as they appear (a nuanced book would have been much less engaging). Indeed, modern evangelicalism sounds very similar to the ‘optimistic’ type of Christianity, even though on certain points it may draw on Augustine, Luther and Calvin in preference to Erasmus and Pelagius.

But how can Christianity achieve universalism without compulsion? An interesting example is that of America, which followed the Erasmian approach to religious freedom:

The system could work granted two preconditions. The first was what might be termed a high level of religiosity in the nation. Religious enthusiasm must be continually replenished to make the ethical and moral ideology seem important. … [T]he second precondition was a level of agreement on certain basic moral and ethical notions as interpreted in public institutions. It was here that the system broke down, for American Christianity could not agree about slavery (p. 432, 436).

Perhaps both ‘types’ of Christianity are needed, at least to some extent?

Successful Christianity is essentially a coalition of views and spiritualities: it needs to contain both types even when they produce a certain conflict and friction (p. 47).