Discussions about the ordination of women often focus on certain key passages in the New Testament. This can give the impression that it’s just a matter of proof-texting, or that it all hinges on just a couple of passages. I don’t think this is the case.

When we are asking whether women should be ordained, we are ultimately looking for a big-picture understanding of what it means to be male and female, and of the nature of ordained ministry. It is only when those general principles are in place that we can work through what it looks like in practice in our own context.

So what role do the specific passages in the New Testament play? I suppose (with my scientific hat on) they could be described as the data, based on which we use a process of inference to the best explanation to find a theological model that best explains the data. The Old and New Testaments do give us plenty of hints towards a theology of gender and a theology of ordained ministry. But often we are merely shown the outworking of those theological principles in a particular historical context. So we need to move from the particular (the New Testament context), to the general (theological principles), then back to the particular again (our own context). 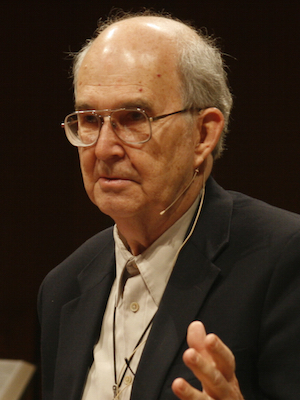 Kenneth Bailey spent 40 years living and teaching in the Middle East, seeking to better understand the cultural background to the New Testament. He wrote a pair of articles at the end of that period about women in the New Testament (see also here).

First he concentrates on the positive attitudes to women in the New Testament:

These are all pretty clear, except for the last two.

[I]t is quite unlikely that [Andronicus and Junia], never mentioned elsewhere in the New Testament, were ‘apostles’ in the sense that Paul and Peter and John were apostles. The Greek word apostolos has a variety of meanings in the New Testament; the one that best fits this text is ‘commissioned missionary’ (Encountering the Book of Romans, 196).

The claim about women elders comes from 1 Timothy 5:2. This verse uses the female form of presbuteros (as does Titus 2:3), a word usually translated as ‘elder’, from which we get the words presbyter and priest. Bailey claims that, since this section of 1 Timothy is dealing with holders of the office of ‘elder’, the reference to ‘older women’ should really be translated as ‘women presbyters’. But this is not convincing: as in Titus, the mention of older women is mingled with instruction about younger men and younger women. Even if Paul did have the office of ‘elder’ in mind in 5:1, he clearly broadens this to the more colloquial use of ‘elder’ (as the opposite of ‘younger’) in what follows. So the NIV, in line with every translation under the sun, translates it as follows, without even a footnote providing an alternative reading:

Do not rebuke an older man harshly, but exhort him as if he were your father. Treat younger men as brothers, older women as mothers, and younger women as sisters, with absolute purity.

However, those caveats aside, Bailey is clearly right to draw attention to the great value placed in the New Testament on the ministry of women.

But what of the texts that seem to speak more negatively about women, namely, 1 Corinthians 14 and 1 Timothy 2?

On 1 Corinthians 14, Bailey sees this is the conclusion of a structured argument spanning chapters 11-14 (with 14:37-40 reflecting this structure):

In that final section, three groups of people are instructed to be ‘silent’: those speaking in tongues (if there is no interpreter), prophets (‘if a revelation comes to someone who is sitting down’), and women. Clearly not all women were to be silent all the time, as there were female prophets mentioned in chapter 11. So what did Paul mean? Bailey’s suggestion, considering the cultural setting, is that Paul was essentially saying the following:

Women, please keep silent in worship and listen to the female and male prophets. Don’t interrupt them with questions, and don’t talk/chat in church. If you can’t understand what is being said, ask your husbands at home. They understand more Greek than you do and will be able to explain things to you.

This strikes me as fairly plausible (though it leaves questions open about verses 33b, 34b, 35b and 36).

Bailey argues that this is very specific to the Ephesian context. The temple of Artemis, one of the seven wonders of the ancient world, cast its shadow over the whole city. Artemis was very much a female goddess, and the associated attitudes to women were leading to serious problems with the way women were behaving in the church. It was a crisis situation, and the only appropriate ruling, under the circumstances, was to prevent all of the women from exercising official teaching roles.

So, in context, Bailey argues that the basic meaning of ‘I do not permit a woman to teach or to assume authority over a man; she must be quiet’ (2:12, NIV) is:

I do not allow these ignorant women to batter the men. They are to stop shouting and calm down.

Then what of the following verses (‘For Adam was formed first, then Eve; and Adam was not deceived, but the woman was deceived and became a transgressor’, 2:13-14, NIV)? Bailey sees this as responding to a particular error that some of the Ephesian women had fallen into:

Thus perhaps some theologically illiterate women in Ephesus had been exposed to Paul’s views in some form [e.g., Romans 5:12] and had concluded that men had polluted the earth with their sin. Therefore the more innocent women must push them aside. The author of 1 Tim. may be responding by taking up the story of Genesis with a bold statement, ‘Eve was a transgressor!’ meaning, she also is to be blamed, not only Adam.

What are we to make of this? I have to say that I find these attempts to restrict the context to Ephesus unpersuasive. Whatever issues there may have been in Ephesus specifically, Paul is clearly talking about his practice ‘in every place’ (v. 8), and it seems contrived to read ‘a woman’ as meaning ‘these women’. (And you can’t easily have ‘these ignorant women’ in chapter 2 occupying the office of ‘woman presbyter’ in chapter 5!) Of course, Paul was talking about his own practice in his own historical context — maybe his practice would have been different in our context? — but whatever he meant in 1 Timothy 2 can’t, surely, be restricted to the situation at Ephesus.