Todd Hunter, in the video below, is a bishop in the Anglican Church of North America (ACNA). Now, strictly speaking, ACNA is not (yet) part of the (official) Anglican Communion, but its style of spirituality is very distinctively Anglican.

In contrast, the evangelical parts of the Church of England most certainly do belong to the (official) Anglican Communion. But, to a greater or lesser degree, and often to a greater degree, their style of spirituality has nothing distinctively Anglican about it at all. Apart from the presence of a corporate confession, an affirmation of faith, the Lord's Prayer and "This is the word of the Lord / Thanks be to God" at the end of the readings, you could easily be mistaken for thinking you had gone to the baptist or independent evangelical church down the road by mistake. And if that's the sum total of what it means to be Anglican, then, frankly, why bother? As James K.A. Smith provocatively tweeted last week, "One thing I will never understand: 'evangelical' Anglicanism in England. #buryingthetreasure" and "There are Reformed & Presbyterian churches in the USA that are better stewards of BCP spirituality than evangelical Anglicans in England".

So I post this [link to a] video here, as part of my longing that evangelical Anglicans in the Church of England would recover some of the treasure of adopting a spirituality that is both evangelical and Anglican. 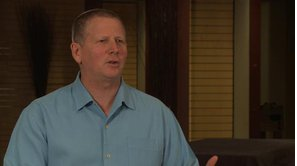 How Being Anglican Deepens Faith from Christ Church Anglican on Vimeo.