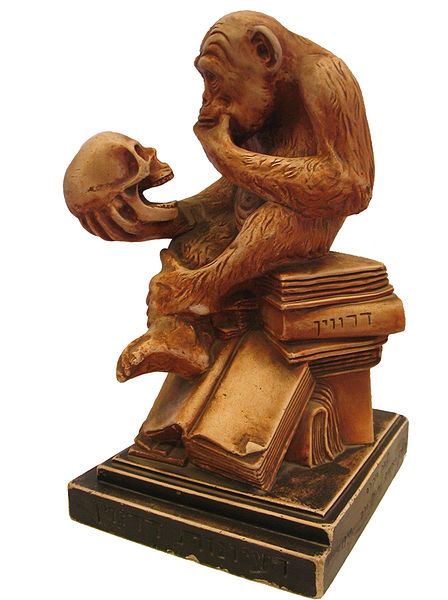 This question (also the title of a recent book by Denis Alexander) is one over which evangelical Christians often sharply disagree. Some ("young-earth creationists") maintain that the Bible makes it crystal clear that life, the Universe and everything have had their beginning within the past few thousand years. Others ("theistic evolutionists") are less willing to overthrow the overwhelming scientific consensus, being convinced that the Bible, when interpreted correctly, is perfectly compatible with an evolutionary origin of all that there is, over billions of years.

Sadly, with such widely separated and strongly held convictions, the church often responds with immaturity. Rival factions are formed, each with its own societies, meetings, books and magazines, which exist to strengthen the conviction of their constituents that those on the other side are not only wrong but obviously and dangerously wrong. Encounters are generally heated and unproductive, with one side viewing the other as compromisers on the verge of unbelief and the other reciprocating with embarrassment and frustration at how these simpletons are making the faith look ridiculous. In the midst of this, those of a more conciliatory disposition do their level best to avoid the issue altogether.

It was under this same question that some 60 or 70 people crammed into a small church building in Brighton on Saturday 15 May 2010, to try something more constructive, as Calvary Evangelical Church hosted a debate on the subject of creation and evolution. What took place was a robust yet measured and respectful discussion between two brothers in Christ, with the audience heeding the encouragement of the chair for the evening, Prof. Richard Vincent, to approach this enormous subject with grace and great humility.

Presenting the other side of the argument was theistic evolutionist Dr Ard Louis, a Reader in Theoretical Physics from the University of Oxford who has strong links with organisations such as Christians in Science, The Faraday Institute, The BioLogos Foundation, and The Templeton Foundation. The first part of his presentation was on the issue of biblical interpretation. We must be very careful to distinguish what the Bible actually teaches from what we read into the Bible because of our cultural assumptions. Science, though not dictating how we should interpret the Bible, can help us to recognize when we have misunderstood Scripture. For example, many used to be convinced that the Bible taught geocentrism. Then, when science showed us that the Earth is not the centre of the Solar System, these people looked more carefully at the biblical text and concluded that those passages should have been interpreted differently. This process can be applied to the creation accounts in Genesis. There are various clues in the passages that they are not supposed to be interpreted journalistically (as books such as Luke's Gospel should be). For example, the sun and moon are created on Day 4, after the creation of light on Day 1, and Genesis 1 displays a careful literary structure. The second part of the presentation was about science. There are many Christians involved in science who see no conflict between their Christian faith and their beliefs in the great antiquity of the earth. Moreover, there is strong evidence for this antiquity, such as that derived from ice cores. And we should not be afraid of ideas of deep space and time, which can be welcomed as displaying the grandeur of the glory of God.

Following these opening statements, the speakers each had ten minutes to respond, after which audience members were invited to place written questions in a box, which formed the basis for around 30 minutes of discussion, led by the chair. Various matters were covered, such as biblical interpretation, the "days" of Genesis, evidence for pre-historic man and genomics. Two further issues deserve some reflection.

The first is the importance of the question itself. Louis made the point that from his perspective the "how" of creation is of secondary importance: the main teaching of Genesis is clear and doesn't depend on how God created. Having said that, the debate does have some importance, because many Christian students struggle with reconciling their faith with their beliefs about science. In contrast, for Lloyd the "how" of creation is itself of great importance, being, as he sees it, very closely connected with the core elements of the gospel message. This makes the debate difficult, as one side sees the issue as important for understanding the gospel while the other side sees it as relatively unimportant.

The second issue is the way "ordinary" Christians respond to hearing experts disagree about the Bible. How are they supposed to have confidence in the Bible if those who study it seriously can reach such different conclusions? This is not easy to deal with. But it is important for "ordinary" Christians to be equipped to interpret the Bible for themselves, so they can have confidence in what they believe and why they believe it, instead of relying on "experts" to interpret the Bible on their behalf.

My own reflections on the two positions are that Lloyd presented some strong arguments on how we understand the cross of Jesus that were not adequately addressed, while Louis clearly had the upper hand scientifically, in that creationist models of earth history are very under-developed and go against the overwhelming consensus of Christians (and others) with expertise in these areas. But, in summary, the debate for me exemplified the kind of serious but respectful dialogue that is utterly vital if the church at large is to make progress towards unity and maturity in this area.

(A recording of the debate is available from the website of Calvary Evangelical Church, Brighton, www.calvary-brighton.org.uk and on bethinking.org.)