How can forgiveness be just? How can you maintain that an action was utterly wicked, and then simply forgive, as if it didn’t matter? 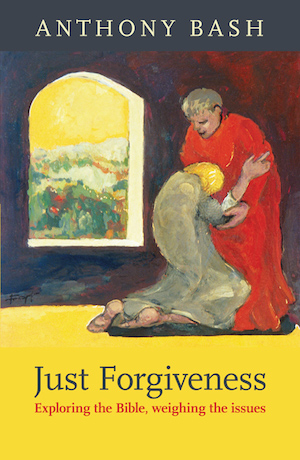 These are the kinds of questions Anthony Bash explores, from a Christian perspective, in his 2011 book, Just Forgiveness (SPCK).

The book covers (it seems) much the same ground as Bash’s 2007 book, Forgiveness and Christian Ethics (Cambridge University Press), but in a more accessible format. It is thought-provoking and clearly written, though somewhat unstructured.

True forgiveness takes account of justice in the context of

when Jesus spoke about the duty of men and women to forgive, people believed repentance to be an indispensable precondition of God forgiving human sin. There is no reason to think that Jesus would have expected human beings to be more generous in their forgiveness than God, and so to forgive without the wrongdoer first being repentant (78).

This has obvious relevance for cases of ongoing abuse.

Finally, what about justice? Divine-human forgiveness can be just, because of the atoning work of Christ on the cross, and because of the anticipated righting of wrongs in the messianic age. However, person-to-person forgiveness can never be entirely just, even when there is repentance and restitution, because the wrongdoing itself cannot be undone (16, 27, 141, 143-4).

[Repentance] can, however, undo the relational effects of the wrongdoing and restore victim and wrongdoer to something approximating to their original position (144). … Forgiveness, offered in such a situation, can be loving and (more or less) just (144).