What does Genesis 1-11 tell us about events in the distant past? 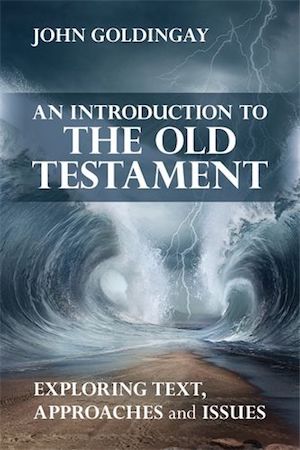 John Goldingay, now retired and living in Oxford, is an Old Testament scholar, who taught at St John’s College, Nottingham, and at Fuller Theological Seminary, California. Of his many books, one of the most recent is An Introduction to the Old Testament (also here).

Genesis 1-11 is history in the sense that it speaks of real people and events (God, creating, orderliness, goodness, expectations not met, God’s design not being realized), but it does so in pictures. … You cannot ask, for instance, where Cain got his wife from; to do so is to treat the parable as the kind of allegory in which every detail has something corresponding to it in the literal events that the parable represents (p. 70).

He places different portions of Scripture at different points on a spectrum (p. 71), from 2 Kings 25 at one end (the destruction of Jerusalem, ‘arguably the most literal piece of history in the entire Bible’, p. 70), to Genesis 1-11 and Revelation at the other (incorporating much symbolism and interpretation, and making significant use of communication devices).

Various web resources accompany the book, including some ‘Responses to Questions about Genesis 1-11’, such as the following:

Did people really live for 900 years? Did supernatural beings really have sex with human women? Was Noah’s ark a true story or is it just a parable? Is the Tower of Babel literal or parable? Does the historical value of Genesis 1-11 matter?

I see it as follows. Genesis 1-11 is a parabolic account of events that really happened. That is, God created the world, it was good, it went wrong in terms of people’s relationship with God, of family relationships, of relationships with the supernatural world, of the workings of society, and God tried the idea of destroying it or imagined what it would be like to destroy it but realized that this would get no one anywhere. In order to give this account of the events involved in the beginnings of world history, God inspires storytellers to take up stories they know, such as a story about real killings such as Cain and Lamech, a real Mesopotamian flood that has become the means of talking about God’s judgment of the whole world, the real building of a tower, etc. God inspires them to use these stories to tell this much bigger story. But what literally happened we do not know – we cannot get behind the symbols.

Intuitively, I think this makes a lot of sense. Can this be backed up with solid evidence, I wonder? For example, what do we know about the ancient world, in terms of how they composed their accounts of origins?