One of the ways in which Anglican ministers are called to act as shepherds is by feeding the flock, through the ministry of word and sacrament. But it is vitally important to spend time with the ‘sheep’ during the week, outside of church services. As Pope Francis put it, priests should be ‘shepherds living with “the odour of the sheep”’.

It was with this in mind that I found myself after chapel on Wednesday evening absorbing the odours not of sheep, but of risotto, beer, and students. Here are some of them: 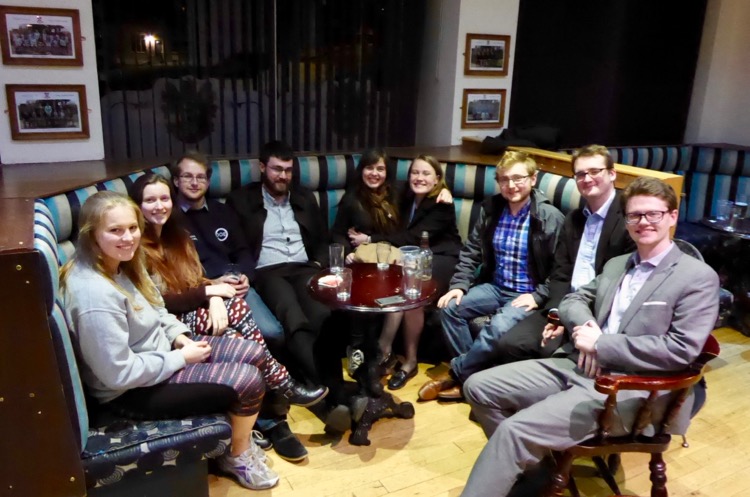 I’m on placement with the chaplain at Hild Bede College, Durham University, and this is part 2 of a four-part series documenting my antics.

As a new initiative, we’ve launched a four-week discussion group. The assumption has been that people who come to chapel are likely to want to explore issues of life and faith in a bit more depth. And that assumption has proved to be correct, with some very fruitful conversations over the last couple of weeks.

We’ve been using some very helpful discussion cards called table talk for uni students. Cards are placed on the table, with each card containing a question related to the theme. Last week’s themes were wellbeing and choices, while this week we were thinking about identity.

Most of the questions are not particularly ‘spiritual’, but they provide an easy way ‘to have meaningful conversations with friends and family about the things that really matter in life’. For example, ‘Who or what do you belong to?’ led us to think about what it means to belong to God, and the impact that might have on our sense of unique identity.