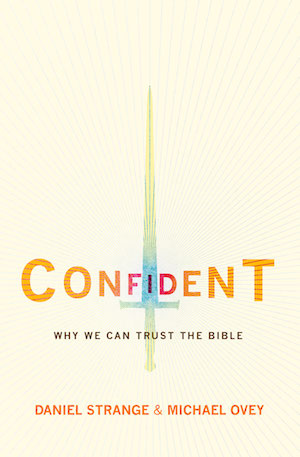 This book came to my attention when I heard that it was recommended as pre-reading material for new students at Oak Hill College. So I was glad to stumble across a copy for sale recently at Keswick. It’s a short book, from 2015, by two Oak Hill stalwarts: Daniel Strange and (the late) Michael Ovey.

The first half has in mind the non-Christian enquirer. There are likely to be two obstacles to them hearing the message of the Bible: ignorance and implausibility. Ignorance is a simple problem, so the focus is on the question of whether it is plausible to receive the Bible as revelation from God. Four matters are considered:

The second half speaks more directly to the Christian reader, and invites him or her to consider the central question: how much authority does the Bible have? Is it one authority among many, or is it the supreme authority? This is answered by considering the example of Jesus:

In many ways the book is a helpful introduction to the topic, and a welcome exhortation to have confidence in the Bible. But there are various weaknesses.

First, despite the (overly) careful reasoning, there are gaping holes in the argument as it stands. Essentially, the case put forward is that we should trust the whole Bible because the Bible claims that Jesus regarded the Old Testament as the word of God. But how do we know that the Bible is reliable about Jesus? And why does Jesus’ attitude to the Old Testament tell us anything about how we should treat the New Testament? I’m not saying these questions can’t be answered, but it is a pity they are not even raised. Nonetheless, I do think the argument is very powerful: it seems abundantly clear that Jesus treated the Old Testament as supremely authoritative, and how can his followers do otherwise?

Second, the scope of the Bible’s authority is quite severely restricted, with no real justification. The Bible reveals to us ‘what God is like, and what his will is for our lives’ (p. 79), but apparently it needn’t be treated as supremely authoritative on any other topic. But why not?

Third, a stylistic issue: the first half of the book is so full of contemporary cultural references that it already seems very dated only two years after publication.

Probably the best bits of the book, however, are the ‘Going deeper’ sections, of which there are four: