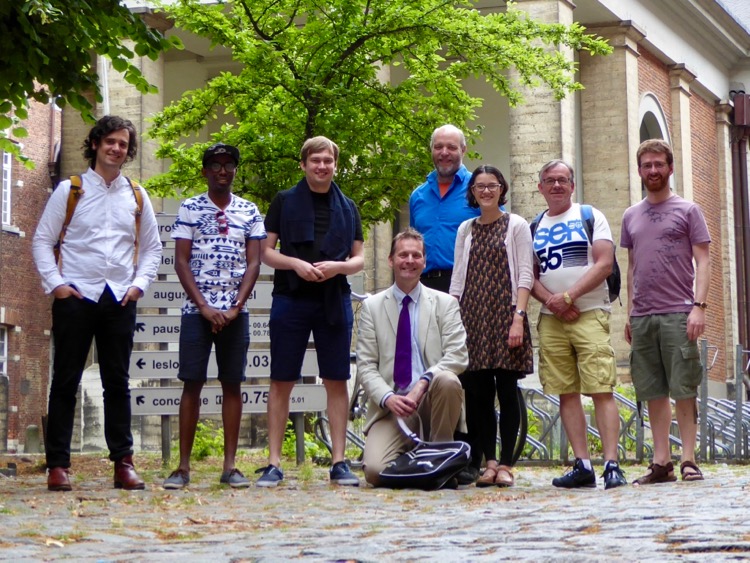 But what on earth is the Church of England doing in continental Europe? This can be answered with reference to the past, the present, and the future.

First, how did it get there? The simple answer is that, over the past few centuries, the Church of England has accompanied English communities when they moved to the continent. Broadly, this can be divided into two. In southern Europe, people moved to enjoy a good life, and the remaining churches tend to be quite Anglo-Catholic. In northern Europe, people moved to the cities to make a living, and the remaining churches tend to be quite evangelical. The diocesan structure came later, and it was only in 1980 that north and south were united in one diocese.

Second, what does it do? It has ‘over 300 congregations’ with a normal Sunday attendance of around 10,000. This is not unusual, as dioceses go. It generally operates in English, so its congregations tend to be much more international and transient than average. And its churches operate as gathered churches (or ‘chaplaincies’), often in urban centres, so they are completely different to your stereotypical parish church in an English village.

Third, what is it there for? This is the big question! Three possible answers, again…

First, it exists to continue to do what it is doing already. It may be something of a historical quirk, but God is using these churches to bring the gospel to many communities across the continent. It is doing great things, and there is no reason to stop. However, this doesn’t fully answer the question.

Second, it exists to provide church services in the English language. This is its main distinctive in most places. However, this is not a very satisfactory answer either. First, there is nothing to stop each country’s own churches from using the English language. Second, as English-speaking people settle, they tend to assimilate. (This might even be seen as a good thing!) For example, one church we visited has a congregation that is largely Ghanaian. The parents are fluent in English, but they speak a Ghanaian language at home, and their children speak the local language (Dutch) at school. At the moment, the children don’t stay in the main service, but they have a Sunday school in Dutch. What sense will it make for those children to worship in English, once they are too old for the Sunday school?

Third, it exists to provide church services in the Anglican tradition. Anglicans outside of England are generally much more aware and appreciative of their Anglican identity. They are Anglicans out of choice, because they love the rich liturgical, musical and theological traditions of Anglicanism. (Oh, that Anglicans in England were less eager to abandon their inheritance!) But to what extent is this an adequate answer? What does Anglicanism have to offer to Europe? Two answers this time (sorry)…

First, there is a market out there for Anglicanism among consumers of the products offered by church service-providers. (Did I just write that? I think I’m going to be sick.)

Second, with the recent rapid secularisation of Europe, there is a pressing need for the continent to be re-evangelised. Anglicanism is uniquely placed to bridge the cultural gap between Catholicism and Protestantism, with a flexibility and a commitment to mission that could make it highly effective in bringing people to Christ.

I have problems with this second answer too. First, if Anglicanism has so much to offer, then what is stopping the local churches themselves from employing some Anglicans to pioneer new forms of mission and worship? Second, it seems that an Anglican commitment to catholicism (the idea that there is one universal church, ideally represented by one local church in any given place) ought to make us reluctant to simply plant churches anywhere and everywhere, without due regard for the existing local manifestations of the universal church. But could the presence of Anglican congregations, for the time being, actually be beneficial to the existing local churches, and serve as a stimulus to mission?

All-in-all, a fascinating couple of weeks, which has given me a lot of food for thought.