Here’s how it all started: 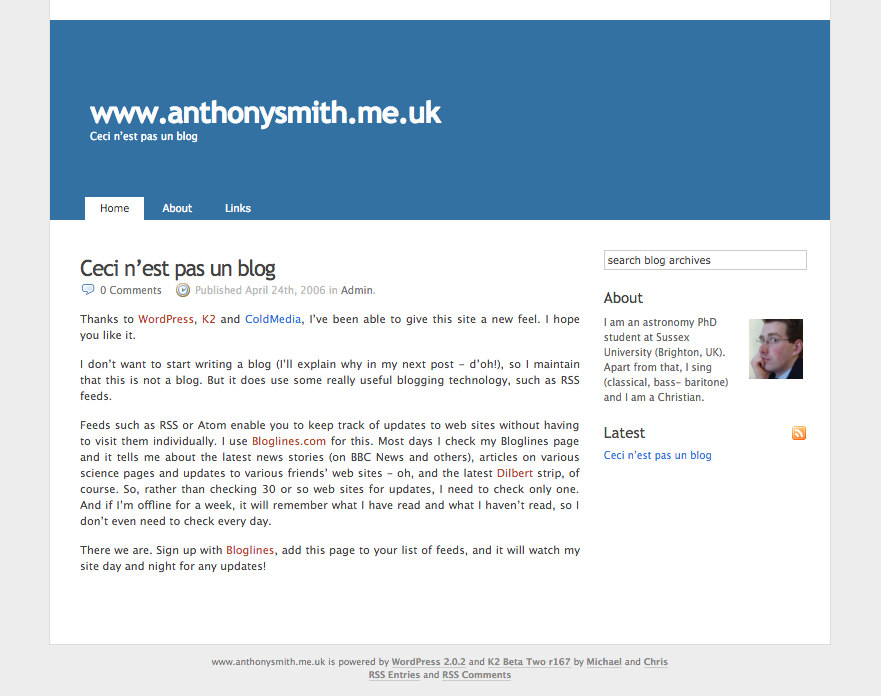 But this site has actually been going for much longer than that. It started its life as a few tasteless HTML pages, some time around the turn of the millennium, kindly hosted by Jesus College Cambridge when I was an undergraduate there. Then I bought the anthonysmith.me.uk domain back in 2002, and kept things ticking over. It was ten years ago today that I switched over to WordPress (and then to Jekyll), and thus my blogging career began. Since then, I’ve written a massive 335 posts, which is, on average, just over one post every 11 days. I can’t begin to tell you how many people have read my posts over the last decade. I’ve also received an untold number of comments. In fact, it would be difficult to deny that this site fills a much-needed gap in the internet!

So here’s to the next ten years!