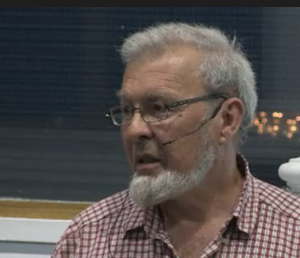 I first heard Alan Storkey give a talk about the arms trade in 2010, at a WYSOCS event, and it had a deep effect on me. He made me realise something that should have been obvious: that sales of weapons are not only an extremely good way of making money, but also an extremely good way of building up tension between nations, and ultimately of causing wars. ‘Weapons cause wars,’ as he puts it.

Alan spoke recently at the London Institute for Contemporary Christianity (LICC) on the causes of the First World War. The video is embedded below, and there is a related website: Why World War One? The long Failure of Western Arms. His basic point is that an arms race, stimulated by various arms manufacturers, was largely responsible for the outbreak of war. This is clearly expressed in the following quote by Sir Edward Grey, who was British Foreign Secretary from 1905 to 1916 (18 minutes into the video):

The enormous growth of armaments in Europe, the sense of insecurity and fear caused by them — it was these that made war inevitable. This, it seems to me, is the truest reading of history, and the lesson that the present should be learning from the past in the interests of future peace, the warning to be handed on to those who come after us.

The tragedy of the Second World War is that they didn’t learn that lesson. And the tragedy of today is that we still haven’t learned that lesson. Apparently, in Iraq, ISIS is ‘fighting with hundreds of millions of dollars of U.S. military equipment seized from the Iraqi Army who abandoned it’ (also see here).

‘Those who take the sword will perish by the sword,’ as Jesus said.

Does this bother you? I hope it does. If so, can I urge you to sign Alan’s petition calling for world multilateral disarmament?

Arms still cause wars and the time has come to close down the biggest failed experiment in modern history — the idea that arms make us safe. It is disarming that makes us safe and we should start it soon.