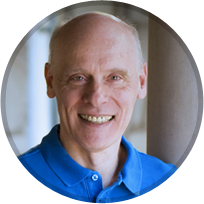 Hugh Ross is an astrophysicist who is the president and founder of the science-faith think tank Reasons to Believe. He has some helpful short videos (amongst other resources) on the Christmas star: the star of Bethlehem. In summary...

Who were the wise men? They were the successors of the likes of Daniel, a Jewish exile, prophet and wise man who spent most of his life in Babylon. As such, they quite possibly had access to—and greatly valued—the writings of Daniel. Following Daniel's prophecy (9:25), they may have been looking for a sign of the birth of the Messiah from around the year 5 BC. If that is so, then it was primarily the Scriptures that directed them to Jesus.

What was the Christmas star? It was a "star", i.e., a single object in the night sky. As such, it wasn't a conjunction of more than one object (contra Rick Larson and The Star of Bethlehem). It was something that wasn't obvious, because people watched the sky carefully in those days, and because the shepherds and Herod and his buddies had no idea that something significant had happened until they were told either by the angel or by the wise men. As such, it wasn't a comet, or a really bright object, or a significant conjunction involving the planets. And it was something that appeared, then disappeared, then appeared again. As such, it wasn't a supernova. Ross's preferred explanation is that it was a recurrent nova.

How did the star guide the wise men to Jesus? It didn't. They went first to Jerusalem, not to Bethlehem, because they were looking for the king of the Jews. There they had to consult the Scriptures to find out that they needed to go to Bethlehem. As they were heading to Bethlehem (following the Scriptures!), they saw the star again. The Greek word for "stood over" is very broad in its meaning, and doesn't imply that the star directed them to the specific house. After all, Bethlehem was a small village, so it wouldn't have taken long to find a family with a firstborn child who was a boy of toddler age. Elsewhere, Ross wrote:

The New International translation says the star “went ahead of them [the magi] until it stopped over the place where the child was.” This wording suggests that the star may have become clearly visible as the wise men approached Bethlehem and then dimmed when they neared the house where the Joseph, Mary, and Jesus lived. Other interpretations also seem possible.

In terms of explanations of the Christmas star in terms of natural phenomena, I think this is pretty good. But if this explanation doesn't work, I don't think we need to worry: the "star" may have been a supernatural light, which, naturally (so to speak), could have directed them to a specific house.