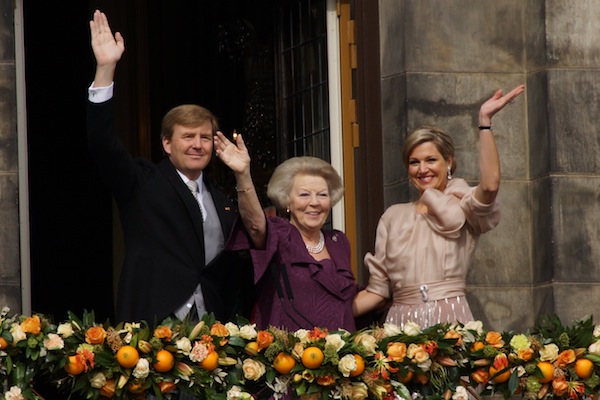 No one asked Willem-Alexander what he wanted to be when he was older. When he was born, his grandmother Juliana was Queen of the Netherlands, and his mother Beatrix was heir to the throne. Everyone knew that, all things being equal (which they haven't been for his younger brother), he would one day become King. Two days ago, to be precise.

I was born into a society in which respectable people don't think it is right for someone's destiny to be mapped out at birth. No one asked me if I wanted to be born into that society. Almost from birth, we are bombarded with that question, "What do you want to do?" Most of us don't know what we want to do. Or if we do, we are either made to feel like failures for our lack of ambition, or we sooner or later find that we can't do what we want to do, for reasons that ultimately boil down to the accident of our birth. The destiny we receive at birth, then, is to search restlessly for contentment and a sense of belonging, and never to achieve that. No one asked me if I wanted to be shouldered with that burden.

Still, I don't think I'd want to switch places with someone else. Others, whether kings or those born in poorer parts of the world, may have a sense of identity and belonging—and even contentment—which I can only dream of possessing. But their lives are poorer in other ways.

Whatever role a hereditary monarchy may have in modern Western nations, it does have at least one function. It reminds us that we are all shaped enormously by the circumstances of our birth. And that, in itself, is no bad thing.