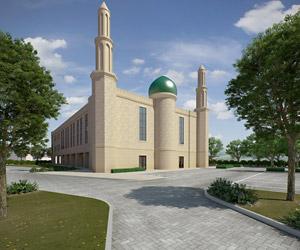 So began a bizarre and anonymous sheet of paper that came through the door yesterday.

Bizarre, because no one is asking that question. (And a building for 300-400 people is no more a "mega mosque" than are many of York's churches "mega churches".)

A more accurate translation of the question would be: "Should the City of York Council actively discriminate against Muslims?"

To which I answer (as a Christian who thinks Islam is very wrong): "No!" Council planning departments exist to ensure that private developments do not have too detrimental an effect on the rest of us. They do not exist to adjudicate on matters of religion.

Of course, the author(s) of the sheet of paper know this, so they muster a whole host of vacuous arguments against the development of the mosque, encouraging me to regurgitate them in a letter to a Council planning officer. For example:

Of course there are valid considerations that must be taken into account, but one can't help but see this sheet of paper as an attempt to use the force of the City Council to oppose the freedom of Muslims to express their faith. Which is something I find deeply worrying.