Well, the deed has been done, and the paper has finally been submitted to MNRAS and to astro-ph. You can read it if you really want to: Luminosity and surface brightness distribution of K-band galaxies from the UKIDSS Large Area Survey. Here's a picture from the paper: 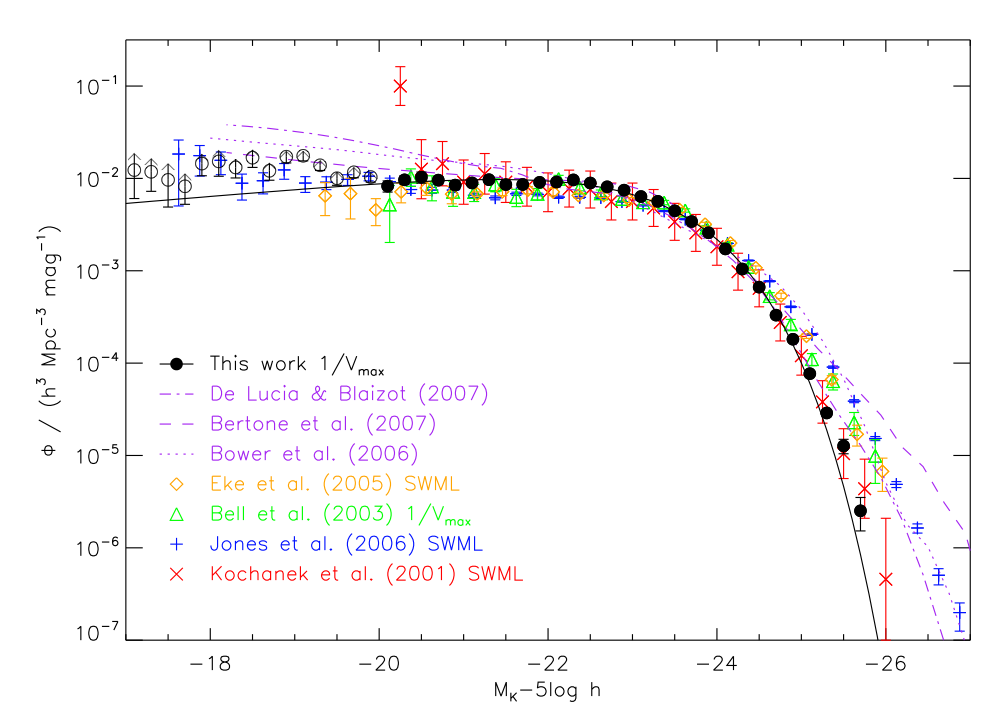 This is the K-band luminosity function: the number of galaxies per volume as a function of their luminosity, with low luminosity at the left and high luminosity at the right. It's far from perfect, but hopefully a step in the right direction. There's quite a bit of incompleteness (missing galaxies) and uncertainty (due to small numbers of galaxies and large-scale structure) at the faint end (left-hand side of the plot). But perhaps more interesting is the disagreement at the bright end (right-hand side). All of the previous results shown on the plot used 2MASS imaging, so this might explain the different results we have found. Specifically, it could be that (1) we use Petrosian magnitudes rather than Kron or total magnitudes, (2) UKIDSS photometry is better than 2MASS photometry, (3) the evolution corrections are different, (4) something else or (5) any combination of the above.