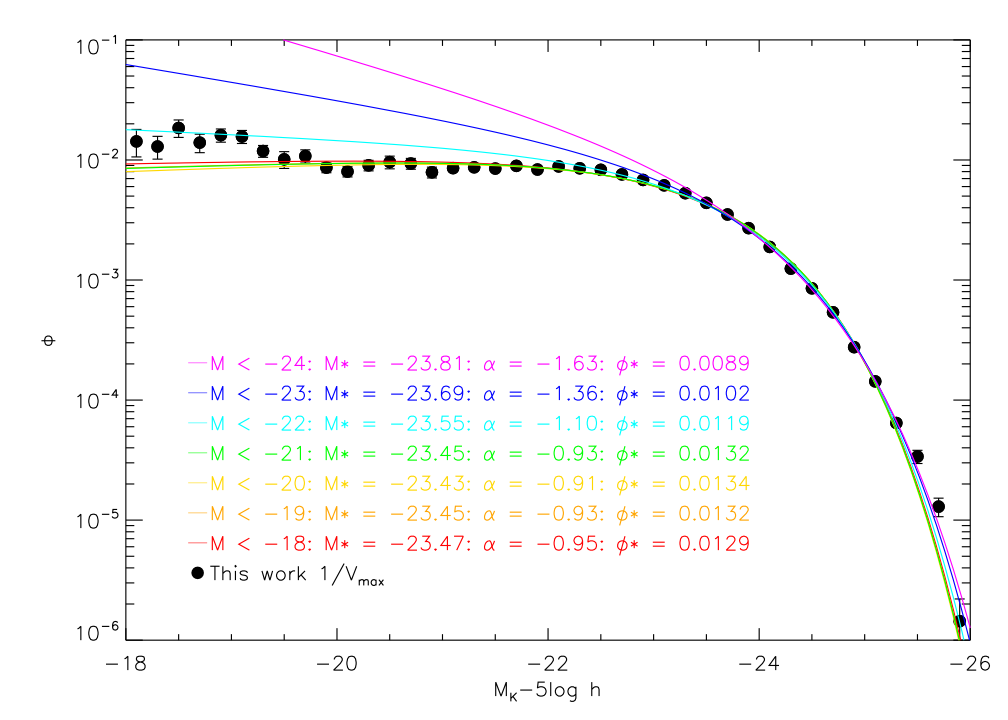 This is some work in progress: K-band luminosity function from the UKIDSS Large Area Survey (LAS, black dots), showing the number of galaxies per unit volume depending on the luminosity of the galaxies, from faint (left) to bright (right). I.e., there are lots more small galaxies than big galaxies.

I've fit several Schechter functions to the data. This is a convenient way of describing the luminosity function in terms of three numbers: the slope of the faint end (alpha), the luminosity brighter than which the number of galaxies drops off rapidly (M-star) and the number of galaxies per unit volume at M-star (phi-star). To fit the Schechter functions I've used only a portion of the data, as shown in the figure. For example, for the green curve, I've used only the black points brighter than (to the right of) absolute magnitude -21.